Want to Move Up into a Higher Division? 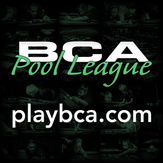 ​If you read our blog titled "FargoRate for Singles Divisions," you already know that you will be placed in a singles division based on your Fargo Rating. You also understand that you won't know which division you will be placed in until after registration is closed and the entire field of players is split into the various divisions (i.e. Platinum, Gold, Silver, etc.). If you aren't aware of this, please stop reading this and visit that blog now.

If you are still reading this, you either already knew how singles divisions are being handled or you stopped and read "FargoRate for Singles Divisions." Good job. You may now continue.

Several people have asked if they would have the option of moving up into a higher division after divisions are determined. You may be asking yourself, "Why would anyone want to move up into a higher division where it will be harder to win?" We wondered the same thing. The most common reason given is that some people genuinely want to play better competition. For them, the BCAPL National Championships is the ultimate chance to test themselves. In a world where some people try to sneak into lower divisions just to more easily win money, this mindset should be applauded. Therefore, the answer is a resounding YES!

Procedure for Moving to a Higher Division
The last day to register for the amateur singles divisions is June 28. By July 5, the singles fields will be split into individual divisions. These divisions and the players within them will be posted at www.playcsipool.com/2016-bcapl-national-championships. After seeing where you were placed, if you wish to move up into a higher division you must submit a request no later than noon pacific time on Monday, July 11. Requests must be made in one of the following ways:
Requests after July 11 cannot be entertained due to the time required to perform the random draw and scheduling of divisions.

Listing of Singles Divisions
For a complete listing of singles divisions and the approximations for how they will be split, visit www.playcsipool.com/2016-bcapl-national-championships.