IT'S TIME TO ELEVATE THE SPORT
About
​The US Pro Billiard Series, a subset of the World Pro Billiard Series, is a series of open/pro events held in the United States to provide more opportunity for professional and aspiring pool players to compete in premier events, earn more income, sharpen their skills and earn their way into the $250,000 Predator World 10-Ball Championship held in Las Vegas each year as part of the CueSports International Expo. The series has its own points and ranking system managed by FargoRate. For more detail on the points and ranking system, see the Ranking System section below.
​
The synergy between league players and professional pool players is critical to the growth of the sport. League players want to watch the best and professional pool players need a fan base. Therefore, all US Pro Billiard Series events are held alongside various CSI Leagues events with hundreds, sometimes thousands, of BCA Pool League and USA Pool League members in attendance.
Rankings
The US Pro Billiard Series features its own ranking system, managed by FargoRate, based on points earned at each event. The winner of each event receives a guaranteed spot in the 2023 Predator World 10-Ball Championship in Las Vegas. In addition, the top six (6) players in the US Pro Billiard Series rankings who are not otherwise invited by the WPA, a WPA continental federation or a promotor wild card, will also earn a spot in the 2023 Predator World 10-Ball Championship. The rankings can be found by clicking the button below.
2022 RANKINGS
Events
The 2022 season will feature six (6) events and culminate with the 2023 Predator World 10-Ball Championship. 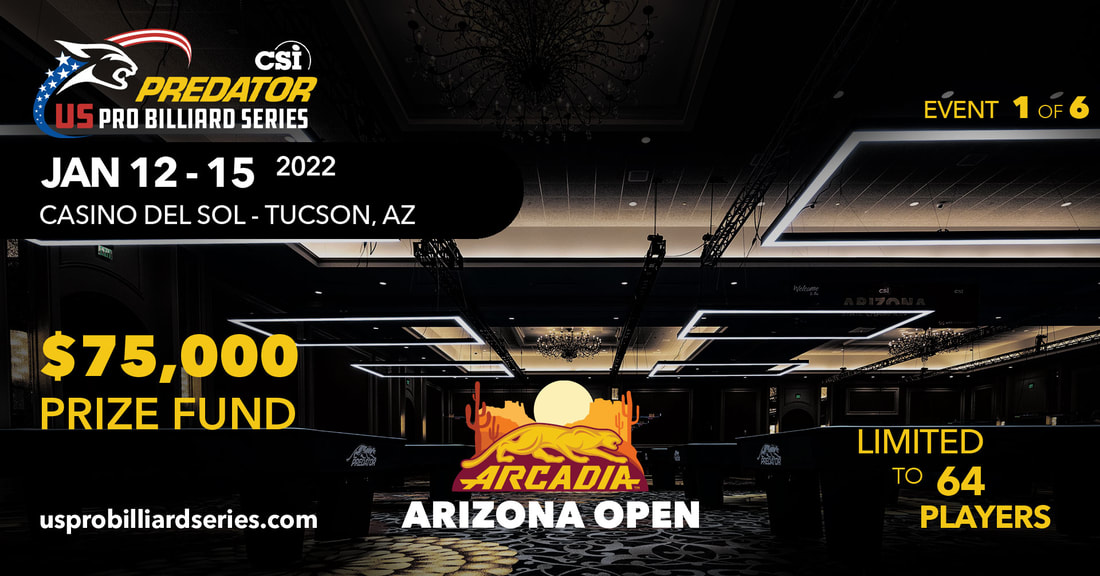 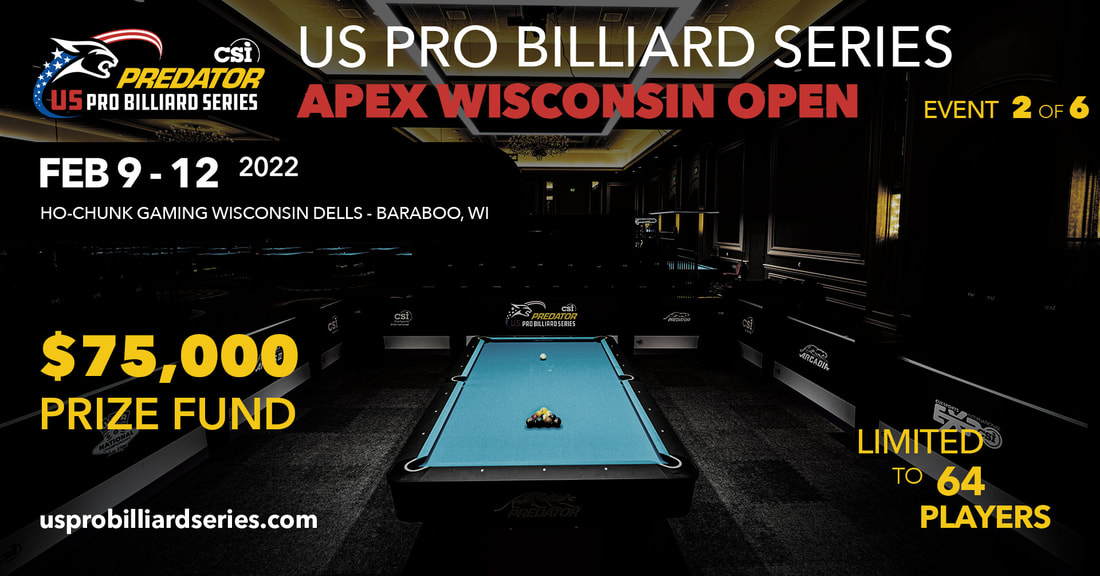 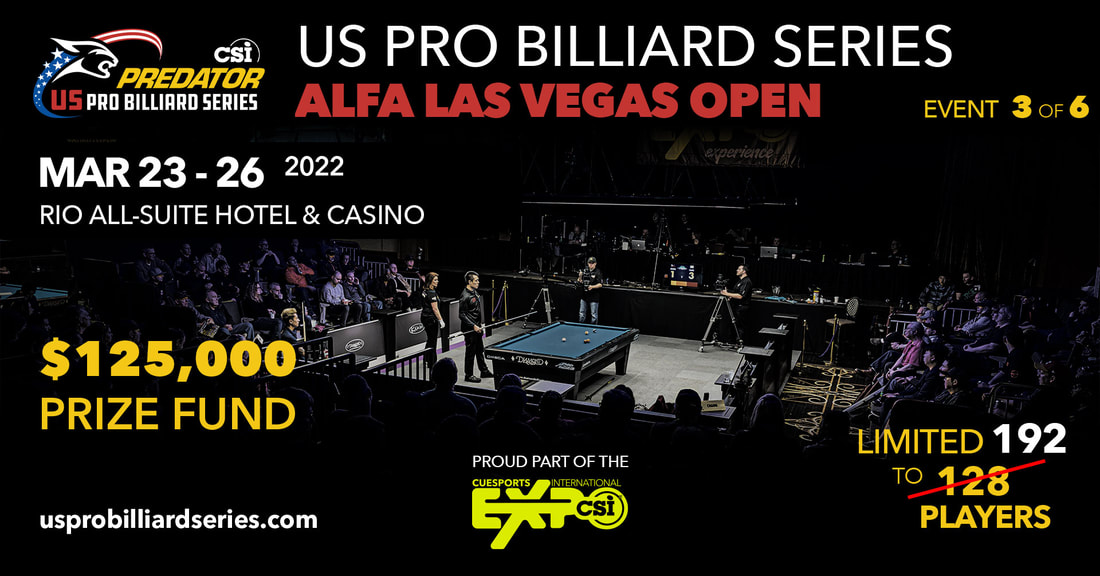 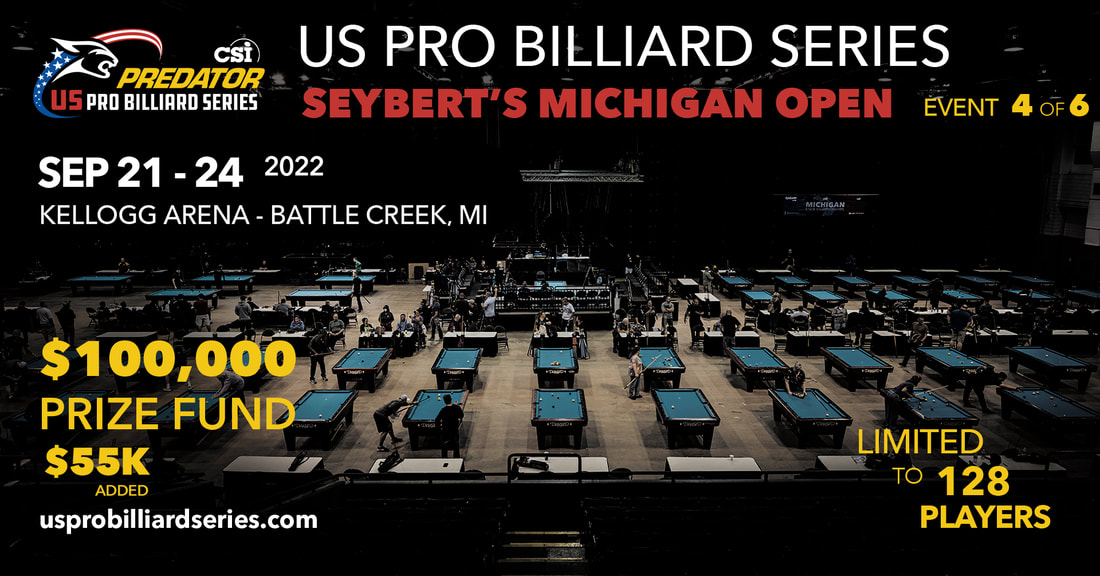 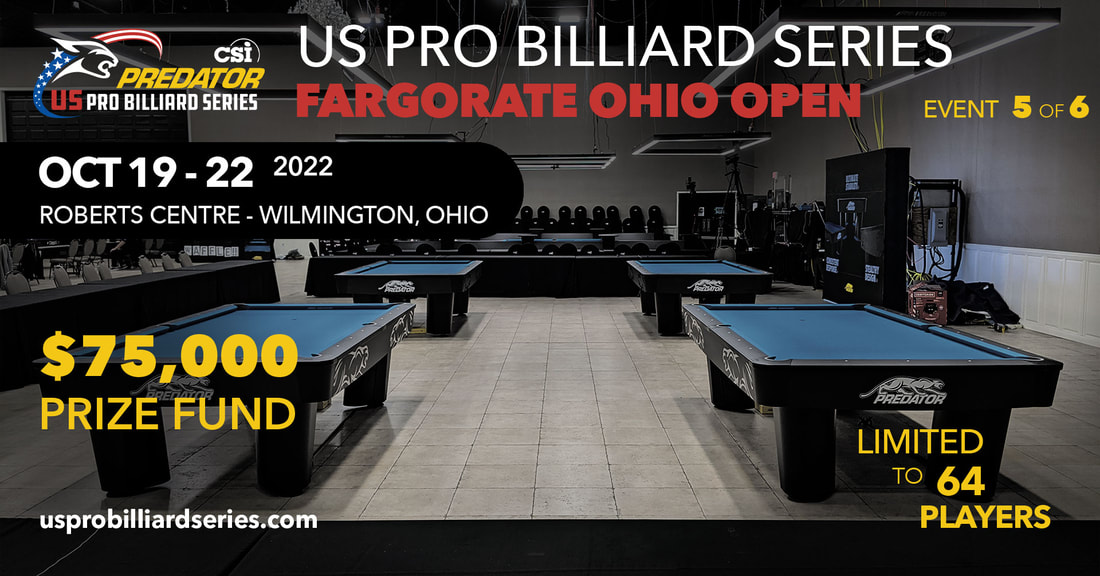 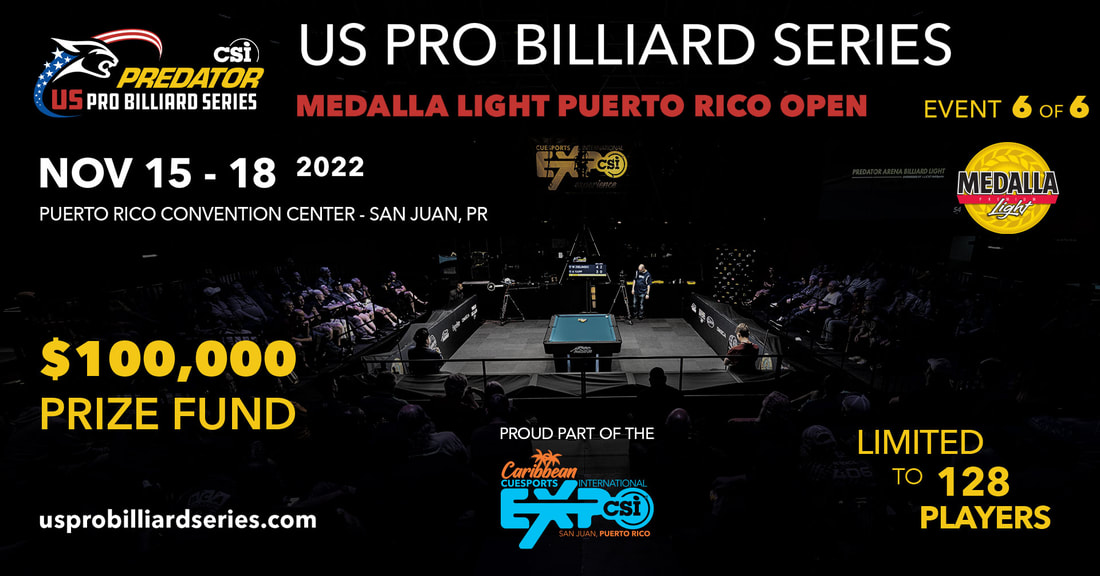 LEARN MORE
ALL OF THIS CULMINATES WITH...
THE 1/4 MILLION DOLLAR
​2023 PREDATOR WORLD 10-BALL CHAMPIONSHIP
A PROUD PART OF THE CUESPORTS INTERNATIONAL EXPO IN LAS VEGAS