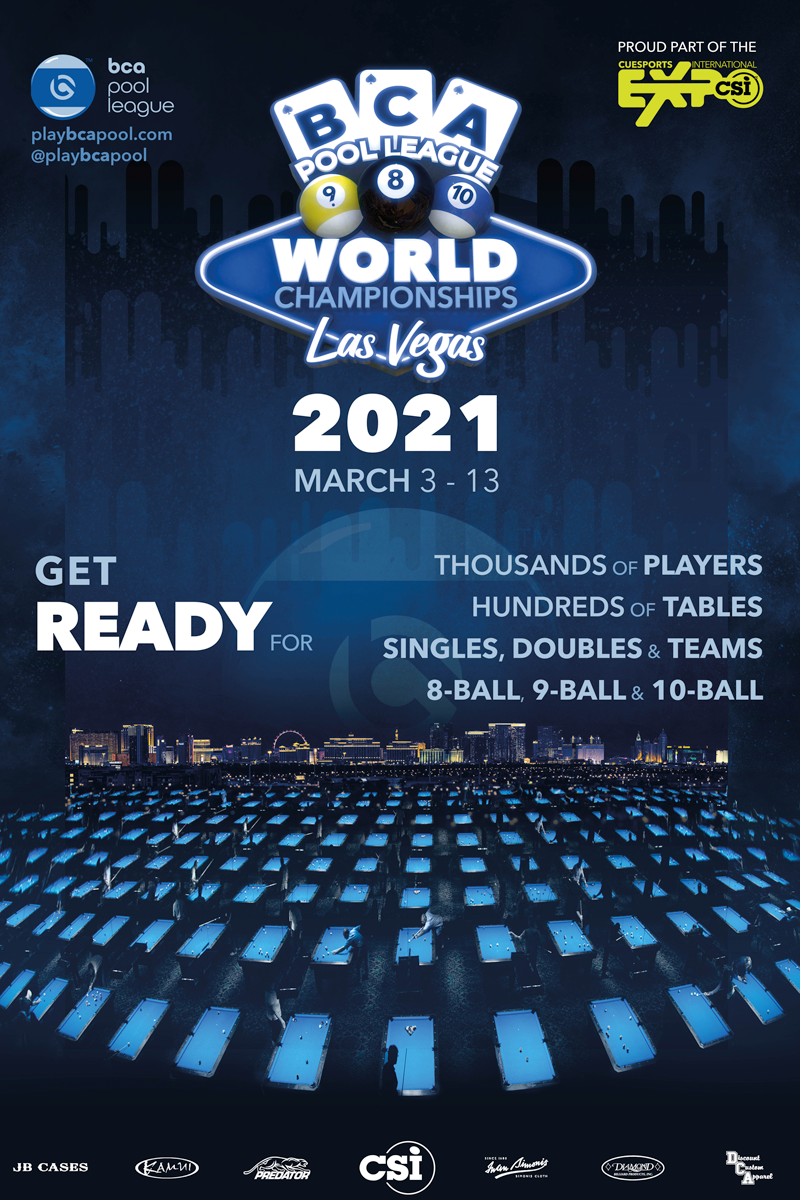 ATTENTION! Please read the Player Guide. It contains all of the information you need.
COVID-19 safety rules & regulations.
Although it is impossible to predict exactly what COVID-19 restrictions may be in place at the time of the event, players should be prepared to adhere to all safety rules & regulations put into place by CueSports International, Rio All-Suite Hotel & Casino, Nevada state government or local ordinances. Face coverings, social distancing and temperature checks are just a few examples of possible safety precautions that could be in effect. Players accept this when they register and refusal to follow safety rules and regulations is not sufficient justification for a refund. 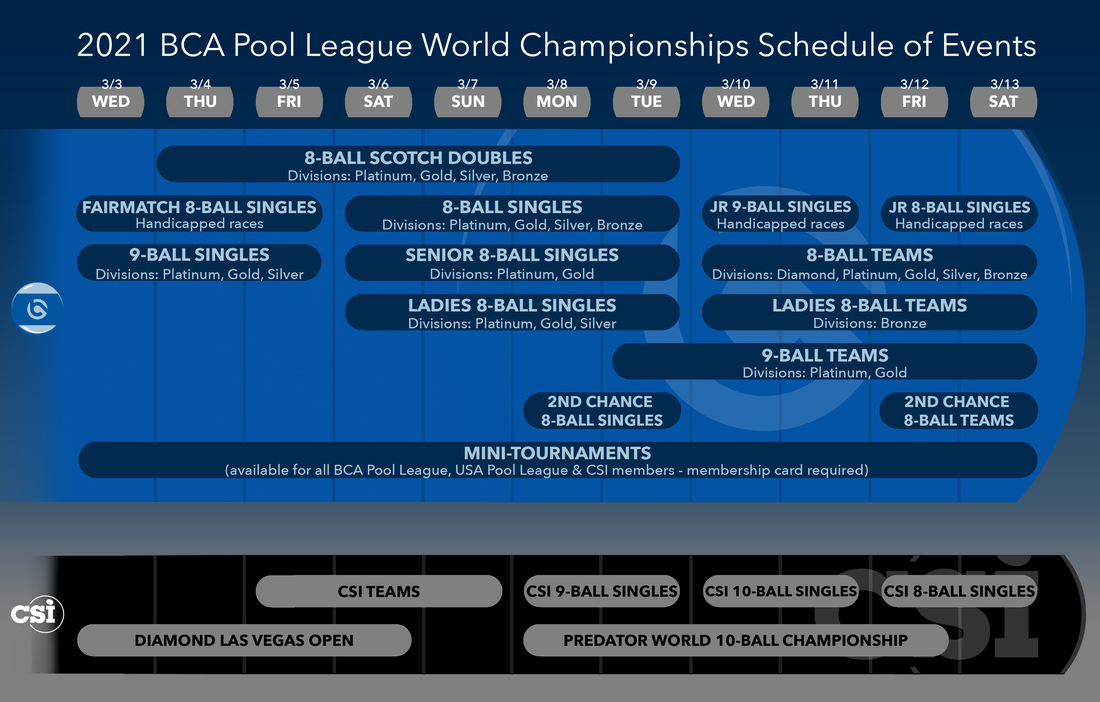 Eight (8) week requirement reduced to four (4).
​​Due to the COVID-19 pandemic and the difficulty it has placed on leagues, the traditional requirement to play at least eight (8) full scheduled weeks in a single division session during the 2020 calendar year has been reduced to four (4) weeks.
Original player requirement eliminated.
In the past, most 8-ball team divisions have required at least two (2) players from the same league team be on the team and play each round. That "orginal player" requirement is being eliminated for 2021. Teammates for the Platinum, Gold, Silver & Bronze divisions only need to be from the same league.
Scotch doubles can be male/male, male/female or female/female.
​​Although this was introduced in 2020, it’s important to highlight it once again. Scotch doubles teams may consist of male/male, male/female or female/female.
CSI Team division added.
​​For those who don’t have the opportunity to join a BCA Pool League, especially those from other leagues such as VNEA, ACS, TAP, APA, etc., we have added the CSI Teams division. Although this division requires all teammates to be CSI members ($30/year), has a higher entry fee than the BCA Pool League divisions, and has no added money, it does at least provide everyone a chance to experience team play at the BCA Pool League World Championships. To compete in the larger BCA Pool League divisions with more prize money and smaller entry fees, players should encourage their League Operators to join the BCA Pool League.
Pro events return.
​Predator and CueSports International (CSI) are excited to announce the return of the $100k added Predator World 10-Ball Championship and the $25k added Diamond Las Vegas Open during the BCA Pool League World Championships. These events have become two of the most anticipated pro events in the world and you will get to enjoy them again in person for free in the CSI Arena.